War is a Banker Racket, Explained in One Photo

War is a banker racket, explained in one photo. NATO has been targeting countries that do not have private central banks manipulating and setting prices of all capital markets for the personal gain of bankers and countries that are not part of the new world order World Trade Organization (WTO) for war and destruction. 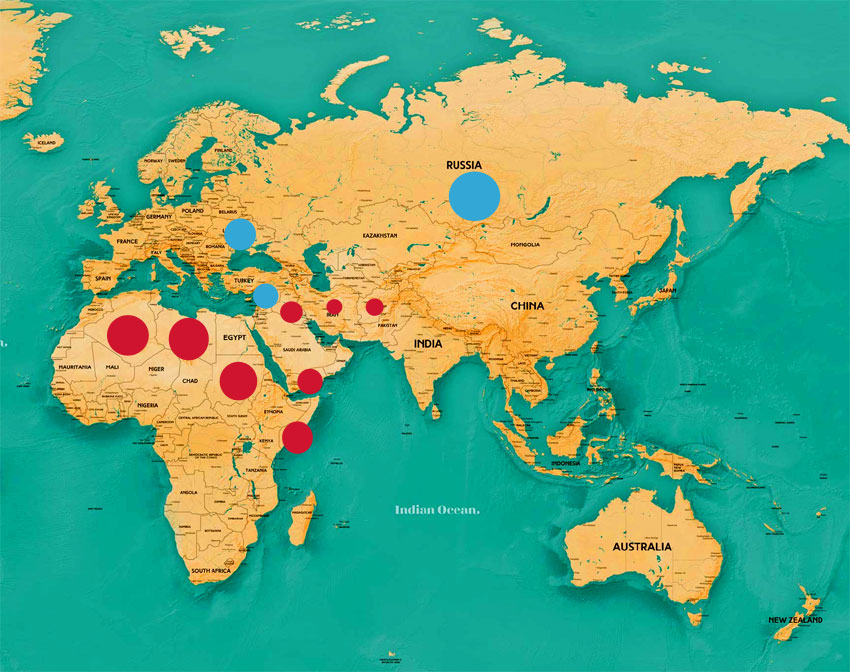 The countries indicated by the red dots are countries the US/NATO has waged war against in recent years and many of which they are still engaged in war: Afghanistan, Iran, Iraq, Libya, Sudan, Somalia, Yemen, Algeria

The countries marked by the light blue dots – Russia, Ukraine, Syria – are countries US/NATO have worked to destabilize in recent years through the use of NGOs and are actively belligerent towards today through the provision of military aid and weapons support. A hundred years ago war was a banker racket, and today, war is still a banker racket. If you want to understand the geopolitics of why wars happen, don’t be fooled by the narratives about terrorists, spreading democracy, or fighting for other countries’ liberties. These are all false narratives. Follow the money and the money will always point back to the need to protect bankers’ interest overseas or to maintain US dollar hegemony in the world’s financial markets for the benefit of Wall Street titans. Plain and simple, war has always been and will always be a banker racket.