The True Reason Behind the CFTC’s Revocation of Exemptions in Position Limits in Wheat, Corn, and Soybeans

Last week, many analysts that were looking for some clue as to whether the CFTC will establish reasonable position limits in gold/silver futures markets and additionally not grant bullion banks (i.e. HSBC and JP Morgan) exemptions to these position limits in the near future were encouraged by the below CFTC press release.

Washington, DC — The U.S. Commodity Futures Trading Commission today announced that it is withdrawing two no-action letters that provided relief from federal agricultural speculative positions limits set forth in CFTC regulations (17 C.F.R §150.2). “I believe that position limits should be consistently applied and vigorously enforced,” CFTC Chairman Gary Gensler said. “Position limits promote market integrity by guarding against concentrated positions.” In CFTC Letter 06-09 (May 5, 2006), the agency’s Division of Market Oversight (DMO) granted no-action relief to DB Commodity Services LLC, a commodity pool operator (CPO) and commodity trading advisor (CTA), permitting the DB Commodity Index Tracking Master Fund to take positions in corn and wheat futures that exceed federal speculative position limits set forth in CFTC Regulation 150.2. Subsequently, in CFTC Letter 06-19 (September 6, 2006), DMO granted similar no-action relief to a CPO/CTA employing a proprietary commodity investment strategy that includes positions in Chicago Board of Trade corn, soybeans and wheat futures contracts. Among other things, DMO’s no-action position in both cases stated that any change in circumstances or conditions could result in a different conclusion. DMO has previously stated that the trading strategies employed by these entities would not qualify for a bona fide hedge exemption under the Commission’s regulations. DMO will work with each of these entities as they transition to positions within current federal speculative limits. The withdrawal of these no-action positions is very specific and limited and does not affect any other no-action or regulatory positions taken by the CFTC or its staff with regard to these entities or other market participants.

However, in my estimation, there is absolutely no indication in the above press release, as some gold/silver analysts extrapolated, that the CFTC intends to truly restore honesty and integrity to the gold/silver futures markets. Remember, Gary Gensler is a company man, having spent 18 years at Goldman Sachs. Furthermore, during Gensler’s nomination process, Senator Bernie Sanders attempted to block Gensler from becoming the CFTC commissioner, because in his words, Gensler “had worked with Senator Phil Gramm and [former US Federal Reserve Chairman] Alan Greenspan to exempt credit default swaps from regulation, which led to the collapse of AIG and has resulted in the largest taxpayer bailout in US history.” Sanders also disliked Gensler because of Gensler’s support of the Gramm-Leach-Bliley Act, which destroyed many of the important financial regulations that were enacted to protect American citizens from the financial crisis that has manifested itself today. So is it really logical to assume that a person that has always catered to the interests of big banks at the expense of a nation’s best interest would all of a sudden, change his allegiances towards that of the everyday man and woman? Excuse me for remaining skeptical of Gensler’s motives, but skeptical I am.

Here is my take on what the position limits Gensler imposed on wheat, corn, and soybeans are REALLY about, and why commodity ETFs that focus on these particular commodities (PowerShares DBA, for example) will temporarily flounder. Today, according to the United Nations, more than 1 out of every 7 people in the world go to bed hungry due to rising food prices. The largest contributor to rising food prices today is the Central Banks’ monetary policy of devaluation of currencies worldwide. In turn, this has spurred food riots in 30 different countries. Last week, I thought of the travesty of the headline “We Saved the World,” a claim made by US Federal Reserve Chairman Ben Bernanke at the Jackson Hole, Wyoming banking symposium of global Central Bankers. Bernanke and his cartel of international bankers definitely did not save the world. All they did was take money from citizens and give it to big banks to help them reinflate their balance sheets. In turn, as the financial sector normally leads a general stock market index higher, they succeeded in inflate stock markets in the face of horrendous economic fundamentals. However, let’s make it clear that this action was more comparable to “fooling the world” rather than “saving it.” When this inflated stock market bubble bursts as it surely will at some point in the future, whether China bursts first and drags down the world or the US markets burst first, then people will understand Bernanke’s and all Central Bankers’ duplicity. To buttress my point, I will merely post the below chart. 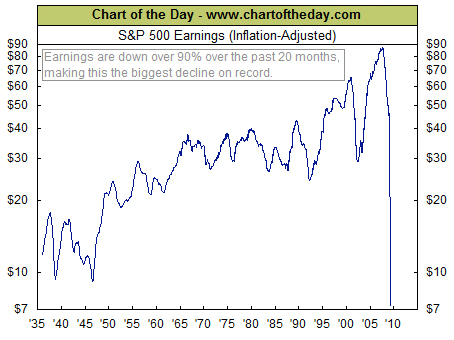 Furthermore, at least 3.5 billion people would beg to differ with Helicopter Ben that he has “saved” them as evidenced by the video below that relays the story of food riots in 30 countries and food emergencies in 40 countries.

Still, the problem in developed countries like the UK, Spain, and the United States is just a fraction of what it is in the developing world. Earlier this year, in Egypt, a woman relayed the story of hungry kids that beat her husband to death not to rob him of his money, but to steal only the loaves of bread he was carrying (to view more videos of the endemic global problem of soaring food prices, please follow this link). This is the problem that developed countries fear, and this is what is more than likely behind the CFTC and Chairman Gary Gensler’s decision to actively curb the prices of certain agricultural commodities, NOT a desire to return honesty and free market forces to commodity markets. Will it work? Sure in the short-term, this tactic may be successful in depressing food prices; however, long-term, the actions of Central Banks to devalue currencies will certainly greatly contribute to the continuation of rising food prices.

This tactic is consistent, however, with the short-sightedness and the desire to delay the inevitable growing crisis that has driven every single decision of the international banking cartel of which I still view Gensler as a member. If honesty were the mission of Gensler’s goals, then why should he act so swiftly with agricultural commodities but drag his feet on establishing and enforcing position limits in the gold and silver markets that are comparable to the position limits that exist for agricultural commodities (with no exemptions for HSBC, JP Morgan or any other bullion bank)? When it comes to actions of company men, I have learned that there is always an ulterior motive and an alternative explanation to the surface level explanations provided to the public through press releases.

Soaring food prices were beginning to be a problem not only in poor countries (a problem the international banking cartel of Central Bankers can ignore as evidence by Ben Bernanke’s claim of saving the world) but also in the US this year (a problem the international banking cartel can NOT ignore). A hungry man is indeed an angry man as the late great Bob Marley sang in his seminal song “Them Belly Full”:

Cost of livin’ gets so high,
Rich and poor they start to cry:
Now the weak must get strong;
They say, “Oh, what a tribulation!”
Them belly full, but we hungry;
A hungry mob is a angry mob.
A rain is fall, but the dirt it tough;
A pot is cook, but the food no ‘nough.

In the end, the fear of food riots spreading from developing countries to developed countries is truly what I believe spurred Gensler’s decision to revoke exemption limits in corn, wheat and soybeans. The international banker’s greatest fear is angry educated who ask hard-hitting questions. This situation was undoubtedly brewing in developed countries, and while this problem is already full blown in many poor nations and can conveniently be ignored by Central Bankers with inflated egos that believe they saved the world even as billions go hungry due to the effects of their monetary policies, it cannot be ignored in developed countries. If angry mobs formed in developing countries due to the people’s inability to afford food, the true roots of this economic crisis may come to light. And this is a scenario that Central Banks and their regulators do not want.