Divergence Between US Stock Markets and Gold & Silver Stocks Has Begun

About a month ago, on 23 March, I wrote that a divergence between gold and silver stocks and US stocks was likely later this year. If we look at the two below charts, we see that a divergence between US stock market indexes and gold and silver stocks (as represented by the Philadelphia Gold and Silver Index) started diverging almost immediately after I posted these thoughts a month ago. However, this divergence is not the one I was referencing in last month’s article, because while the XAU index has risen a decent 7.57% since 23 March and the US stock market indexes have only fallen very slightly since then, I am speaking of a much greater divergence that I firmly believe will manifest in the future, one in which US stock markets will sell off by more than 20% and one in which gold and silver stocks will rise by more than 20%, for a divergence in excess of 40%. And since the gold and silver stocks have had a good run for the past couple of weeks, we may receive some more consolidation before the real breakout happens, depending upon how many different geopolitical events in the near future play out. Given the banking cartel-executed gold and silver asset price manipulations thus far this year, it may seem as if nothing has changed, but there are many changes happening beneath the surface, especially between Russia and China, that will allow both of these countries to play a much larger role in setting spot gold and silver prices in the future without having to worry about punitive sanctions imposed upon them by the Western banking cartel. 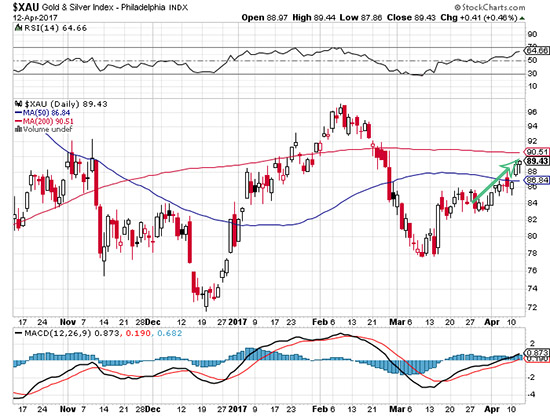 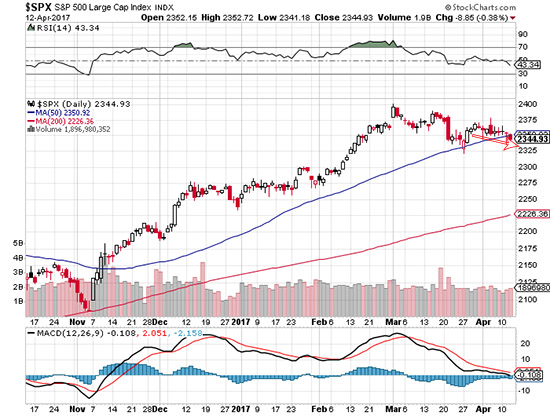 In the meantime, let’s recap this week on my SnapChat channel, SKWealthAcademy. Again, this remains the source of daily updates as I post nearly every day on Snapchat in the morning, Asia time. On Monday, I stated that I wasn’t buying the previous Friday large reversal day in spot gold and spot silver prices on heavy volume as a sign gold and silver were to be raided this week. Instead, I stated that there was a heavy possibility that the large Friday reversal was bankers painting the charts to wrongly convince more people to sell their gold and silver positions on Monday or to wrongly open up shorts against gold and silver on Monday. And Monday proved that point, as traders sold down gold and silver heavily into the market open, before both gold and silver recovered to close in New York almost unchanged.

On Tuesday, I reiterated the fact that bankers were likely painting the charts and that we could see gold and silver rise for the rest of the week even though more than a few technical analysts were stating that heavy shorts against silver in the silver futures market indicated an imminent heavy silver raid was going to materialize. Then on Wednesday and Thursday, we saw heavy gains in both gold and silver as I stated was very possible earlier in the week. And finally, tomorrow morning, on SnapChat, I will discuss how some of the recent quick gains in spot gold and silver could be attributable to the North Korean/China/Syria perpetual war mentality of the global empire today, but even so, the rises of gold and silver on the back of geopolitical events are not the primary reason to own gold and silver assets and have never been. The Central Bankers’ war on fiat currency valuations and their constant devaluation of all global fiat currencies have always been the reason to own gold and silver assets for the long-term, and war or not, this reason has not changed in the past two decades.

To revisit one last statement from last month’s article, I stated, “As Google stock is trading at US$830 a share today, ask yourself, would you rather buy 5 shares of Google, or instead, use this money to purchase 225 ounces of the shiny silver metal at silver’s physical price today?” A month later, GOOG is still trading at US$824, so a few weeks later, the choice is to buy 5 shares of GOOG or buy about 211 ounces of physical silver (bullion bars) a month. These huge discrepancies between buying a few shares of overpriced stock or a couple hundred ounces of physical silver are not going to last much longer, and this example still adequately illustrates how massively underpriced silver remains to this day.

Finally, we must always remember that when it comes to gold and silver, the mainstream media always tries to frame stories from the Western, specifically the US perspective, as if what happens in the US regarding paper/physical gold and silver is the only thing that matters in the entire global precious metal market, though only slightly more than 4% of the entire world lives inside the US. Believe it or not, I actually received an inquiry from a reader asking me if he should dump all their physical gold and silver holdings for other “better” investments because of reported news from the US mint that February 2017 sales of US gold eagles of 27,500 ounces represented a 67% decline from the 2016 February sales number, and February 2017 American silver eagle sales of 1,215,000 ounces represented a 75% drop from the prior year February sales. Thus, this reader wanted to know if he should immediately sell all of his physical gold and silver at the start of this week due to the huge decline that was sure to come because of his belief that global gold and silver demand was cratering.

But let’s just take a closer look at my third objection above to use a one month over prior month significant drop in US PM coin sales to conclude global demand for gold and silver is cratering in 2017 – the ludicrous assertion that US coin sales represent total global gold and silver demand. In China, using data directly drawn from the Shanghai Gold Exchange, in February 2017, more than 2,258,946 physical silver ounces were withdrawn from vaults in Shanghai and more than 5,762,682 physical gold ounces were also withdrawn, which INCREASED to 3,475,709 physical silver ounces and more than 6,181,085 physical gold ounces withdrawn in March. So how can we say that because the US mint sold only 27,500 American gold eagles in February 2017 that global gold demand was cratering when Chinese investors withdrew more than 5.7 million ounces of gold in Shanghai alone? And Shanghai is just one market outside of the United States, not to even mention physical purchases occurring in other large physical PM markets that exist in India, Russia, Switzerland and the Middle East. 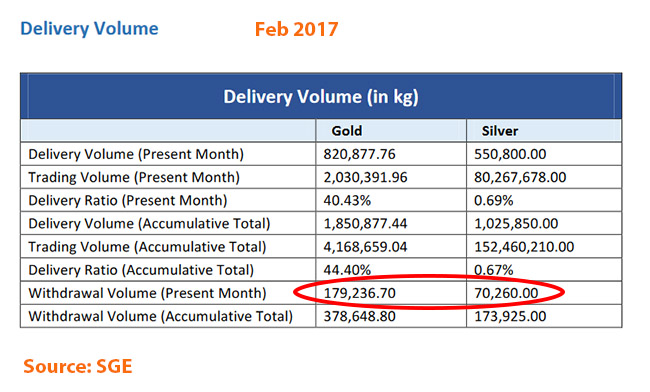 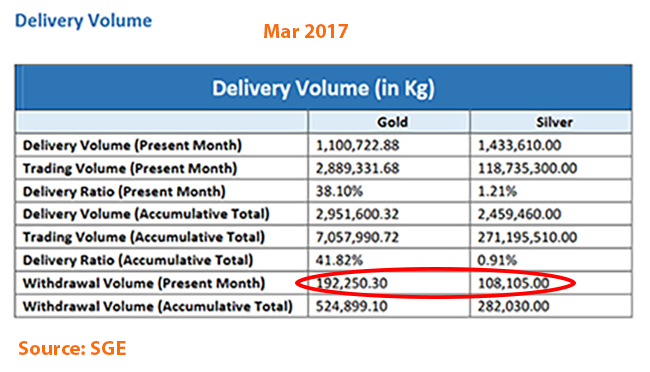 In conclusion, realize though the internet has provided access to loads of information, it unfortunately has also provided many points of distribution for analysts that simply want to draw conclusions that fit their own confirmation bias. For more information about our services, visit us at maalamalama.com today and subscribe to our youtube.com maalamalama channel.

gold stock bullreasons to own gold and silver stockssilver stock bull
Prev post Is Silver a Better Value than Gold Right Now?
Next post Interest in Gold and Silver is Always Lowest When Opportunity is Best

Despite Being Heavily Out of Favor with Fund Managers, India and China Are Quietly Buying Lots of Gold