Podcast #6: Deciphering the Language of Lies

Very rarely, if ever, is there a failure of regulators, a failure of central bankers, a failure of commercial bankers, failures on the war on drugs, failures in military wars, etc. because all of these institutions and people deliberately plan, execute and achieve exactly what they intend to accomplish. This is the big secret they don’t want us to realize. One of the greatest scams our “leaders” have pulled off is creating a language of lies that ironically convinces us even further believe, adopt and internalize their lies, so much so, that even many activists embrace these lies in their activism against them. The truth about this carefully woven web of deceit created by bankers, politicians, media hacks, and industrialists known as the language of lies is almost as mind-blowing as the conclusion in the film Interstellar (Warning: Spoiler Alert. Stop reading if you have not yet watched Interstellar). After watching Interstellar, you must conclude that NASA pilot Cooper must travel into space in order for his daughter Murphy to receive the message to tell his father not to leave her and not to travel into space. And that if Cooper never traveled to space, then Murphy would never have received the message she received from her father in which he was trying to warn himself not to go. If thinking about that didn’t make your brain hurt, then perhaps listing to our latest podcast will.

In fact with mainstream media so inundated and saturated with as little facts as possible and as much propaganda as possible at any point during my lifetime, all of which is constructed with the intent of convincing us to embrace false narratives that will keep us passive and in a perpetual state of inertia, I can think of no better time than right now for the subject of today’s maalamalama Podcast #6: Deciphering the Language of Lies. 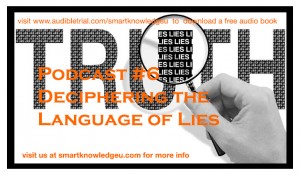