They say a picture tells a thousand words, so here’s a couple of photos in the MSM disinformation war against we the people to brainwash us into submission with utter MSM lies versus the truth that can only be found in independent media these days. I’ve often said that when it comes to mainstream financial advisers, do the EXACT opposite of what they publicly state if you want to survive the coming financial armageddon. If your response is “yeah right, a financial armageddon!” then my advice is stop watching the MSM and plug in to the independent media to source your news. May I remind you that these were the exact same responses I received to my 2008 article, “Will US Markets Crash Now or Later?” when I predicted a US market crash in 2008 just 18 trading days before the crash began. 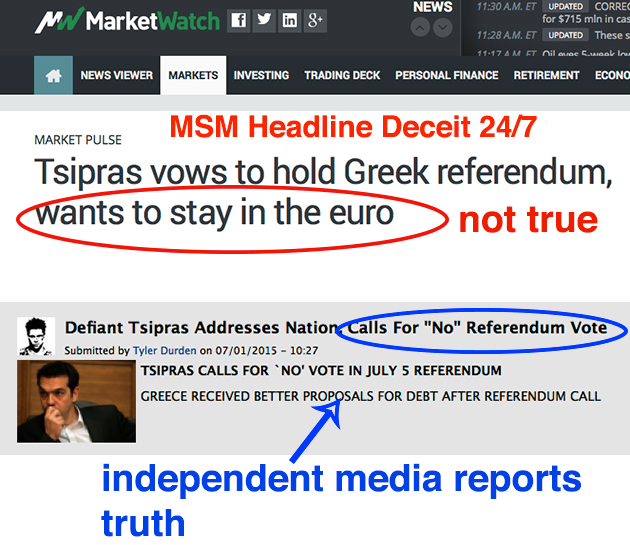 And by the way, get ready for the mother of all lies in a  particularly distorted US non-farm payrolls report today, as the Grexit crisis demands that this particular NFP report be especially deceitful!