Before the Giant Vampire Squid, There Was the Giant Predatory Octopus

In the early 1900s, when dispensing truth was not a revolutionary act for either politicians or the media, the vast majority of the public, unlike today, was aware of the evils and thieving intentions of Central Banks and the commercial banking system. Before the Goldman Sachs giant vampire squid, there was the giant predatory octopus. Below, is a political cartoon from the early 1900s that depicts exactly what the public believed about the coming money trust that has become the US Federal Reserve today. Everything about the US Federal Reserve depicted in this cartoon remains true today. One must give great consideration as to why nearly 100% of the public understood the grave threat the US Federal Reserve posed to liberty and freedom just 100 years ago but hardly anyone understood this until the Federal Reserve ushered in the grave economic conditions that resulted in stock market crashes around the world in 2008. 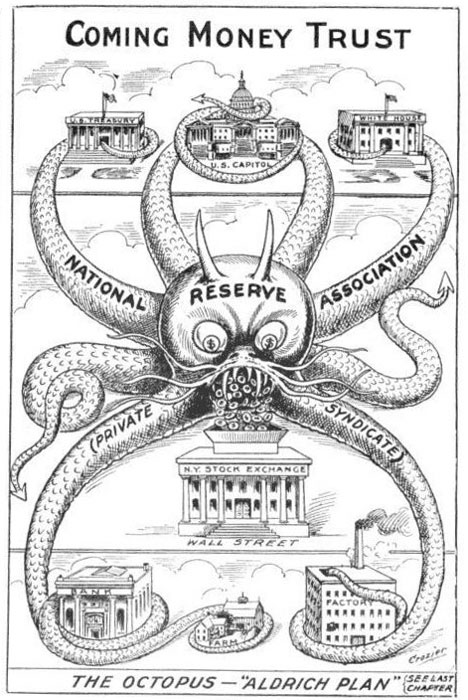