I have no doubt that divergent thinkers will be best positioned to not only survive the next financial crisis but that they will exit it in the best position as well. Why? Because today we are overwhelmed with banker-sponsored government propaganda regarding “recovering economies”, robust stock markets and real estate markets that are over-inflated, price-distorted bubbles, and warnings to stay away from gold and silver. Those that are divergent thinkers can typically see through propaganda to draw their own proper conclusion while those that are convergent thinkers are far more easily misled by propaganda.

In recent years Central Banks have directly purchased trillions of dollars, yen and Euros to buy risk assets to prop up stock markets. In US stock markets, US companies bought back more than half a trillion of stock in an effort to improve earnings per share metrics absent of any sustainable organic growth in sales in 2013. The US Federal Reserve continues to buy billions of US debt every month to prop up US Treasury bond markets and Belgium’s mysterious parabolic increase in US Treasury purchases in 2014 that quickly transformed this small nation into the 3rd largest holder of US Treasury debt in the world serves as evidence that the Fed is not really tapering bond purchases at all but merely redirecting purchases to more covert methods.

In the meantime, of the 600 tonnes of gold refined in Switzerland during H1 this year, 400 tonnes of gold were sourced from Europe. In 2013, Switzerland refined 2,777.11 metric tonnes of gold. We know from Hong Kong customs receipts as well as depleted gold inventories in New York and London that much of this gold is shipped from Europe and the US to Switzerland on its way to Asia. Though very suspect paper ETFs like the gold GLD and the silver SLV report their physical gold and silver inventories backing these ETFs, since no one is ever allowed to inspect their vaults to ensure the gold and silver is there, these two ETFs may be shipping physical gold and physical silver to Asia as well. The GLD’s physical inventory since January 2013 has plummeted from 1,342 tonnes to just 802 tonnes today, a 40% drop in inventory compared to a 22% drop in GLD shareprice over that time span. However, the bigger questions at hand is ‘How accurate are the numbers being reported by the GLD custodian?’ and ‘Are there even 802 tonnes of allocated gold in GLD vaults’ with zero other claims on it? In any event, we do know that Western gold vaults are being drained and physical gold is moving Eastward. When we start connecting these dots to wars being waged and to propaganda being slung by world leaders that has created a growing division between East and West, another “connect the dots” moment crystalizes. If you have not read Brigadier General Smedley Butler’s seminal book “War is a Racket”, I highly recommend that you read this book if you wish to be able to predict how these ongoing currency wars are going to culminate. All wars are fought over money and resources. In this case, the propaganda being disseminated by the West against the East is due to the East’s accumulation of gold and their movement away from USD hegemony. Russian billionaire Gennady Temchenko called the Russia-China natural gas deal negotiated this past May as “the most important economic event of the past decade” due to the negotiation of this contract in yuan, rubles and gold and the exclusion of the heretofore de-facto international- trade US dollar.

The second most important event of the past decade just happened this month, as the BRICS (Brazil, Russia, India, China, South Africa) countries announced a BRICS developmental bank which will be headed by an Indian and headquartered in China. Also rarely spoken of, are the leanings of other countries, like Germany and Japan, with very significant economies, that very likely quietly favor this alliance over the present US dollar rule, though they are keeping these leanings private at this time. I would fathom that given that the US Central Bankers only returned 5 tonnes of Germany’s gold that it holds last year, or 0.147% of the 3,396 tonnes of Germany’s gold that it holds last year, Germany is quietly distancing itself economically from the US and re-aligning itself with the BRIC nations. A source of mine in Germany informed me that 9,000 people showed in Berlin last Saturday, July 19th to protest the US Federal Reserve as well as the war path that pro-USD bankers are setting up for the world at the current time. Yet, this event received zero mainstream media coverage not only in Germany but by any mainstream news agency. This clearly shows you that the allegiances of mainstream media throughout the world is also towards the bankers and not the citizens of their respective countries. Japan, too, though it has taken instruction from the US Federal Reserve and destroyed the yen over the past few decades, has too many economic ties to China and Russia to shoot itself in the foot and not to go with the BRICS alliance. Furthermore, for those closely paying attention to world affairs, Western alliances are fracturing at the current time as well, with nations like Germany and France alienated from the NATO alliance by recent fines imposed upon them by the US banking-government complex for conducting the exact same behavior that they accept from US companies (i.e. US Central Bankers accept war profiteering in Iraq by Halliburton but hypocritically subject French bank BNP Paribas to a $9 billion fine for conducting business with Sudan and Iran).

In the end, Western bankers are losing their gold to the East not because they don’t want to hold on to their gold, but because it is the only way to keep the international banking Ponzi scheme based upon the USD going at the current time. Physical gold must be shipped East to feed Eastern demand. Otherwise it literally would be impossible to keep prices dampened in the paper derivative markets as they are doing now. However, Western bankers realize that this gold will be very valuable moving forward since gold seems near certain to be a significant building block of the new BRICS banking system. There are only two ways for bankers to stop this global shift away from USD hegemony that grants them the power to manipulate all international capital markets. Go to war to steal back the physical gold that is being shipped East or go to war to cripple major Eastern economies to prevent gold from being an important part of international trade and banking. Either way, the only conclusion I can draw when investigating the connection between the political tensions between East and West and the loss of gold from West to East is that Western bankers that rule pro-USD governments are planning to take the world to war right now as their means to continue USD hegemony throughout the world. This is a horrible realization and not a conclusion that I want to draw, but at the present time, this is the only rational conclusion I can draw. And this realization is what should be driving your wealth preservation strategies today.

I have no doubt that divergent thinkers that are able to avoid the pitfalls of an inflexible way of thinking that has been encouraged by institutional academics will survive the culmination of these currency wars in an exponentially better financial position than convergent thinkers that have had their thought processes “nationalized” by their banker-run governments. I believe it is critical that everyone take steps today to become a divergent thinker. In the below video, I provide one easy exercise that everyone can do to achieve this goal. 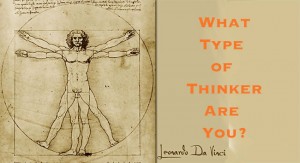 For those that want to learn more about what we can do to prevent the war-path that pro-USD bankers are seemingly hell bent on leading the world into at the current time, please check out our book “The Golden Gift” available in paperback and for the kindle and the nook on both Amazon and on Lulu. If possible, please purchase as an e-book as this will enable us to donate more money to the orphanages to whom we are donating proceeds.

Prev post MH17: For Bankers, Every Crisis and Tragedy is an Opportunity to Manufacture Profits
Next post Two Questions Everyone Should Be Able to Answer About Wealth Preservation