January 23, 3007 – Just taking a contrarian position all the time doesn’t mean that you will be right. It takes a much deeper understanding that can be achieved by utilizing the proper information channels that are now available as the information world continues to flatten. Last year, Steve Forbes, publisher of the noted Forbes wealth magazine, went on record at the Las Vegas Gold Show that oil prices would reach $35 a barrel in 2006. That certainly was a contrarain viewpoint at the time, and obviously, it never happened. Although I saw no less than 5 headlines in major financial publications at the beginning of this year that stated $40 oil was inevitable and some that even called for $30 oil as inevitable, I stated “I don’t think oil will go much below $50 even though it is descending right to the verge of $50 and many are stating that $40 oil is a given now.” 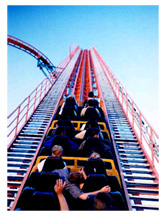 Even though I admitted that my call in this regard was less than scientific, and based upon my knowledge of what countries and players are involved in the manipulation of energy prices and what their likely reactions would be going forward, it is based on knowledge nonetheless. After all, investing is an art and not a science. The thing with the mass media and even your friendly neighborhood financial advisor is that they never discuss the true drivers of market actions. From what I’ve read, it seems that they all repeat the same shoddy analysis.

On January 5th, MarketWatch reported “Commodities started out 2007 on a rather aggressive note, with investors sinking prices for gold and oil in a move that actually makes sense given all the issues the market will be forced to contemplate this year.” The only reason it made sense was because gold and oil were tanking in the beginning of the year. But how about now? Does sinking prices for gold still make sense? And how can something make sense three weeks ago but the rationale supporting it have disappeared just weeks later? Listen to the financial media and you’ll be taken on a roller coaster ride every time. They hate things when they’re dropping and love them when they are rising, without performing any in-depth analysis to understand where it’s heading in the long term. In that same article, Peter Grandich, editor of the investment newsletter, the Grandich letter, stated, “If [the dollar index] begins to move higher…commodities as whole may not be viewed as a good investment.” There are two things wrong with this statement.

(1) Everybody always talks about commodities like it’s one big group (just read my blog titled: “Commodities and Asians: Apparently We All Look Alike”) when this is the furthest thing from the truth, especially when it comes to gold. I saw this same mistake made again in a Bloomberg report just this week. “Over the course of this year, many investors who went into commodities will question why they did so and whether they strategically want to be in it for the long term,” said Simon Hayley, a senior economist at London-based Capital Economics Ltd., who said in May that prices would slump. Raw materials still “have further to fall,” he said. The article also stated this:

Anyone who followed the advice of Goldman Sachs Group Inc. last year and invested $10 million in the Goldman Sachs Commodity Index would have lost 15 percent, or $1.5 million. Like so many of Wall Street’s best and brightest, Goldman, the biggest securities firm by market value, says it wasn’t wrong, just early, and to expect an 8.1 percent return in 2007.

Again, everyone from the journalist writing the article to the big firm analysts and economists quoted in the article makes zero effort to distinguish between different types of commodities, lumping them all in one group as if gold and corn and oil all act in a perfectly linear relationship with one another. If you had put $10 million in the right commodities in 2006 instead of the Goldman Sachs index, you would’ve made a lot of money and not lost $1.5 million.

The second mistake is this:

(2) Everyone always speaks of the dollar-gold relationship as though this is the only relationship that matters and as if the dollar can not strengthen without gold plummeting in reaction and vice versa. If you understand the forces that manipulate gold’s prices, then you would have been happy if gold had continued to keep plunging, viewing this as a prime buying opportunity, rather than heading for the doors as Grandich would have suggested.

In fact, in my blog post dated January 11th, I stated, “for this latest correction in gold, I see about $604 as a possible bottom in gold prices, but if it breaks through this point, we may even see gold test $580 again before starting a historic run higher. In any event, since gold recently hit $609, which is pretty close to my $604 call, if it keeps rising higher, this might be it for the bottom.” Since gold has run higher, I think gold has already hit is short-term bottom. Of course, I might be wrong, but all you can do is take all the information available, then look for a solid risk-reward entry point. Even if gold does reverse over the next week or so, we have a solid risk-reward entry point for gold for the rest of the year now (with the recent correction being an opportunity to either continue building positions and/or establish some new positions).

So remember, just betting against the house or listening to the top dogs that get the media spotlight does not mean that you will be right. It takes a lot more understanding of the three-headed political-corporate-financial relationship than is ever discussed in the media to make accurate calls.

J.S. Kim is the founder and Managing Director of maalamalamaâ„¢, a comprehensive online investment course that uses novel, proprietary advanced wealth planning techniques and the long tail of investing to identify low-risk, high-reward investment opportunities that seek to yield 25% or greater annual returns.

Prev post 10 Reasons the Long Tail of Investing is the Only Way to Build Wealth
Next post If You Don't Own Gold Stocks, You Need To