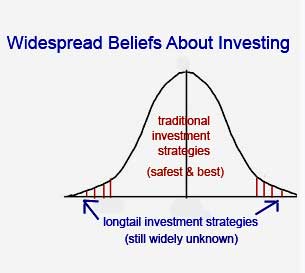 This is Part III, the final segment of the reasons why the long tail of investing will make you far wealthier than any traditional strategy or analysis.

In a June/July newsletter, I posted this statement:

“And now we at maalamalama are almost certain of another inevitable economic crisis that will hit the global markets in the very near future that will make the May corrections look like a tiny blip. And regarding this crisis, there is an eerie total lack of coverage at Reuters, Bloomberg, the BBC, MSNBC, and the Wall Street Journal. That’s why it’s best as we advocate, to keep digging down that rabbit hole.” 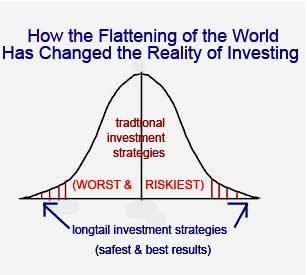 So far the crisis is still building up steam, (though all the components of this crisis have yet to be discussed in the mainstream media) just as we foresaw six months ago. We extensively write about this crisis inside our Members Only maalamalama campus grounds, so unfortunately this is one area that I am reserving only for members as I have granted extremely accurate assessments of the U.S. dollar and gold for free over the last six months. Furthermore, with the long tail of investment analysis, anyone can learn to replicate my prediction accuracy.

On September 12th, I wrote:

“So back to my point about how I knew with a fair amount of confidence that the price of gold was going to drop shortly and the U.S. dollar was going to rally is because I ignore government and central bank lies and perform my own research to root out the truth in making my investment decisions for myself and my clients. Such analysis has also led me to believe that though people typically associate bonds as “safer” investments that U.S. treasury bonds in the future may all fall within the “junk” bond category.”

During the first week of 2007, I read headlines about an “unexpected sharp retreat” in the U.S. bond markets. Utilizing long tail investment strategies, I could have told you 3 months ago of that this retreat was inevitable and that it only foreshadows a greater retreat sometime in the near future. Again using traditional analysis, you will be blindsided by “unexpected” market shifts all the time.

Using the long tail of investing to guide your investment analysis and strategies, you will be expecting the market shifts the mainstream media reports as unexpected. Because I know financial consultants all over America are advising their older clients to shift money out of the stock market into “safer” bond investments, I’ve already told you why you don’t want to own dollar denominated bonds in a previous blog.

On my September 26th blog, I wrote, “As I sit here this morning and watch the markets rise in the first two hours of trading, I must admit that although all this “feel-good” economic news, low inflation, high consumer confidence and low gas prices have been artificially manufactured by the U.S. Treasury, the Federal Reserve, and various Bush administration offices like the OMB, I am still astounded at how naive and gullible the average investor can be at times. When the mid-term election cooking of the books ceases, and someone finally has the sense to start peeling away the layers of the economy like an onion, I guarantee you, what they see will make them cry.

As I’ve stated a hundred times here, short-term lies and artificial propping up of the economy can only fight an uphill battle for so long before the walls come tumbling down.”

On that same day in a separate blog entry, to clarify the above, I wrote, “As I looked at some of the daily trading volumes of some U.S. stocks this past week that have hit 52-week highs, I noticed an unusually large daily buying volume this week, some with volumes so exaggerated that it is safe to assume that institutional buying is responsible for the lion’s share of these unusually high buying volume days. I thought, “Why in the world would people be dumping tons of money into these stocks at their 52-week highs? That’s just moronic.” And then I remembered why.

In order to support my point back then, I compiled the table above. Back then, I wrote: “All of these stocks have hit 52-week highs within the past week and look at the percentages over the 3mo average daily trading volume for the highest volume days for the past week: McDonalds (160%), Priceline (160%), Harley Davidson (57%), Verizon (136%, Unilever (39%). All of these spikes in daily trading volume were almost surely attributable to fund managers scrambling to add these positions to their portfolios before quarter end this week as they dumped their worst performers. This is a practice that happens close to every quarter end.”

So at quarter end in December, 2006 when the situation above replicated itself, I was not surprised. In fact I recommended that people start taking profits.

To address the government manipulation of oil prices I spoke of in Part II of this series, I found these several paragraphs that I wrote in an October 12th blog entry:

“In fact, earlier I blogged about how Goldman Sachs was most likely also asked, through former Goldman CEO and now current U.S. Secretary of Treasury, Hank Paulson, to help out in the upcoming U.S. mid-term re-elections. In turn, I speculated that they responded to this request by dumping 73% of their unleaded gas positions in their Goldman Sachs Commodity Index. (by the way, back then, I blogged about this before the New York Times reported the very same theory I proposed several days later).

Now I know a lot of people don’t believe that such collusion occurs on the political-economic front, but as I have stated repeatedly, it is irrelevant whether you believe certain market behavior is triggered by “cause and effect” collusion-driven events or merely just a series of innocent coincidences. Whether or not you attribute political scheming to be the cause of abnormal market behavior is insignificant as long as you dig deep enough down the rabbit hole to uncover certain events that will “trigger” market consequences.

Woodward’s claim that the Saudi’s deliberately interfered in the sovereign affairs of the United States and helped Bush become re-elected in 2004, to his former opposition candidate, John Kerrey, was “shocking” and “outrageous”.

The only problem with Kerrey’s narrow-minded assessment of the situation was that if this happened once, surely it wasn’t the only time that such an arrangement between the U.S. government and the Saudi Royal Family was struck. Surely Democrats must have asked for similar assistance in the past, right? So I dug down the rabbit hole. Sure enough, I discovered, according to Prince Bandar himself, that former U.S. Presidents have been asking for his country assistance in manipulating oil prices for ages.

On CNN’s TV program Larry King Live, Saudi Ambassador Prince Bandar stated. “President Clinton asked us to keep the prices down in the year 2000.” Bandar further stated that President Carter also had asked the Saudis to help keep oil prices in order to save his reelection bid in 1979. If Prince Bandar is telling the truth, government manipulation of commodity prices is obviously not a partisan issue.”

Knowing that the U.S. government would exercise their power to drive oil prices down in response to questions about inflation problems and a faltering economy, I wrote a blog on October 12th entitled “Q: Where is the Safest Place to Be Invested in the Oil Industry?” with the answer given as “Oil Refiners, Pipeline Manufacturers, Deep Sea Platform & Drilling Manufacturers, and 4-D Imaging Companies”.

Back then, I wrote:

“But long term, I think the much better way to play these markets is not with the major players such as Exxon, British Petroleum and the like, but either with junior companies that have more room to grow both in market share and in price appreciation, and with those companies that will benefit from the inevitable capex spending that big oil will now engage in to sustain future revenues.”

I know that there are those out there that predicted $20 and $30 the last time oil showed weakness and are now saying “I told you so” but the fact is, there are too many unknowns for anyone to know exactly where oil will end up. A United States —Iranian conflict with Iran where Iran shuts down the Straights of Hormuz would send oil sky- high again. In any event, in January of this year, the oil majors have been tanking, and I still stand by my above assessment.

When I speak of the long tail of investing’s place in developing strategies, I speak not of any traditional strategy that involves technical or fundamental analysis to drive investment decisions. I speak of highly specialized strategies that leverage the flattening of the world and increasing accessibility to top-shelf financial information to drive predictions of market behavior and investment decisions. The problem right now is with hundreds of millions of websites, and many sites that contain suspect information, though there is a treasure map, the great majority of investors still have no clue where to look.

On occasions when I have spoken in more detail to interested parties about what type of information is available, people have shaken their heads in amazement, exclaiming in disbelief, “That level of information is publicly accessible?” With the detailed level of information I provided for free in my newsletters and my blog in 2006 regarding gold and the U.S. dollar, wealthy individuals that followed my opinions could have made a fortune.

The information I blog about is just the tip of iceberg regarding the amount of information I make freely accessible inside the learning modules of maalamalama. This is why I so fiercely believe that the long tail of investing is the only place every investor should reside and never leave for the greater comfort of mainstream opinions, strategies and analysis. Remember, the businessman I spoke of in my blog about the U.S. dollar chose to reside in the comfort of mainstream analysis against my very adamant opposition view, and I’m sure it turned out to be a very painful financial choice for him. Residing in the long tail of investing would have left zero doubt as to the long-term direction of the U.S. dollar.

It’s important to note that I haven’t been right 100% of the time in my predictions using the long tail of investing. These strategies aren’t an infallible crystal ball into the future, but they are piercingly accurate at a high rate and infinitely better than the overwhelming methods of analysis currently utilized by analysts and economists that seem to get the media spotlight. For example, I have been wrong about the direction of interest rates taken by the U.S. Federal Reserve before. However, the long tail of investment analysis is great for cutting to the core of the underlying reality of global economic situations. It is knowing this that is most valuable in making the proper investment decisions.

In future blogs, I’ll address the concept of the long tail of investment analysis and strategies in greater detail.

___________________________________
J.S. Kim is the founder and Managing Director of maalamalama, a comprehensive online investment course that uses novel, proprietary advanced wealth planning techniques and the long tail of investing to identify low-risk, high-reward investment opportunities that seek to yield 25% or greater annual returns.

Prev post Use the Long Tail of Investing to Accurately Predict the Price Behavior of Gold
Next post A Great Independent Financial Consultant Can Be Worth More Than a Million Dollars - Literally.